My musings on life and technology.

There are many people who have followed the helpful advice by several successful podcasters such as John Lee Dumas; myself included but I’m about to go against all that advice and training offered.

Don’t get me wrong, without the help of John Lee Dumas I wouldn’t have started a podcast, well, that’s probably not accurate but I really did value his advice at the start.

Sadly, experience has taught me that the majority of the advice being offered by John Lee Dumas shouldn’t be taken as gospel. One of the reasons for this is that the teachings of John Lee Dumas seem to be more geared towards marketing style podcasts, i.e get results and fast and not to worry about the long game.

This, I feel is disingenuous. I don’t feel that podcasting should be used like another platform for announcing something, I just don’t feel a subscription system like a podcast should be used to throw out a short series with the purposes of selling a product and creating a customer.

If you have something to sell, that’s fine but don’t create a podcast with the only goal of selling. It’s just yucky, and yes, that’s a real term.

So, here are the things I was taught from various “learn to podcast” resources that I think either you don’t need to do, or the energy you spend on these is much better spent elsewhere.

1) Your goal is to get into new and noteworthy in iTunes:

You’ll hear you have 8 weeks to get into new and noteworthy and then that’s it, chance missed. Firstly, that’s not only inaccurate it’s a massive focus of attention which is misspent energy at such an early stage in your podcasting journey.

The reason it doesn’t matter is several podcasters have proved that new and noteworthy does not give you the boost it used to, why is that? My belief is that it’s overran with substandard podcasts causing people to not use it as a shopfront for podcasts. That and the fact that it’s exclusively an iTunes thing, so it’s hardly like it’s New and Noteworthy in all podcast locations.

Also, if you’re listening or reading guides on how to podcast, then you are probably pretty new to podcasting, so do you really want your early work being highlighted to a bigger audience? Probably not.

2) Release at least 3 episodes when you launch:

The thought behind this one is this, put yourself in the mind of your ideal customer. They’re bumbling along waiting for a podcast to fall in their laps, looking through all the new and noteworthy (see point 1) and they come across your podcast. “Brilliant! This is just what I need!” they think, and then, disaster strikes! You have only released one episode of this podcast which is their perfect podcast. And that’s it, you lose them forever as a customer and they go off and listen to “How Clean is your House – The Podcast” (actually that’s a good idea for a podcast).

I have several problems with this. Firstly, have you ever came across a podcast that had released one episode recently and then decided NOT to subscribe simply because there was only one episode? I didn’t think so.

I’ve chosen not to subscribe to podcasts that only released several episodes early on and then nothing new for months. This is where the energy comes in. Ask anyone who has been podcasting for any length of time and they will all tell you, podcasting isn’t a sprint, it’s a marathon and only the truly dedicated will survive it.

The other thought behind releasing multiple first is that you’ll get this swell of downloads. The idea being someone listens to your latest episode, let’s say it’s episode three if you released three at once, they will then go and download the first two episodes. That’s great, but this only really makes sense if a) your podcast got into new and noteworthy in the magical first 8 weeks b) your target audience took time out to go and download the first two episodes and c) new and noteworthy counted for anything.

If you believe new and noteworthy will give you much more traffic, then sure, go for it, release three episodes at once, but don’t stress over it as it only makes sense for a short period of time. People who come to your podcast years later (assuming you’ve stuck with it) will possibly go back and download your back catalogue, but it doesn’t matter if that was released in one go, or over several weeks. So, it would only matter early on if it mattered at all. 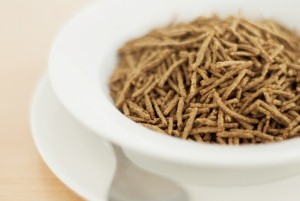 So here’s the fibre pitch, be consistent and regular. If you release three episodes and then nothing for a month despite calling yourself weekly, what’s the point? I’d much rather have a weekly podcast come out with one episode first, followed by another a week later.

The advice being offered is almost like you’ve got a finite amount of time from release to get X amount of downloads, which simply isn’t the case. If that were the case then you’d record the whole podcast and dump that on the unsuspecting public and hope they download your whole back catalogue. Remember though, releasing multiple episodes doesn’t mean a subscriber’s software will go off and download all the past episodes, it’s almost never this case.

To sum up, be consistent and be passionate about your subject (this is something that John Lee Dumas teaches too, and most of his tutorials are great, I just don’t feel you should stress about some parts which could actually contribute to someone losing interest).

If you feel differently to any of this, or if you feel the same, then please, leave me a comment below.

This post is coming from the small experience I have of over 60 episodes of an award winning podcast running for over a year in a very particular niché.

This site uses Akismet to reduce spam. Learn how your comment data is processed.